“So, is everyone ready to leave and find all the guardians with me? Last chance to back out.” Vivi asked her three very groggy friends. It was precisely four-thirty AM, and they had just left campus grounds. Vivi had woken them up a little early, in order to make it out in time for the change of guards.

Vivi wore a purple blouse with a blue checked pattern and jeans. Her backpack had some money, a change of clothes, and a few packeted snacks. Just in case. Jean wore a smart red shirt, a black skirt, and black tights. She said her backpack contained ‘ important things only’, but didn’t elaborate much on the subject.

Peter wore a green tee and jeans, and his trademark denim jacket. His backpack contained money, some clothes, and a few frozen vegetables like carrots and peas. They wouldn’t stay long so they would have to be used that day. Zack wore a white tee and black jeans with sneakers. He had brought money and some clothes.

“Geez, Viv. We aren’t gonna back out after coming so far. We’re with you all the way.” Zack assured her.

“Okay then. I’ve got a basic plan outlined for us. We’re headed to the beach. We can stay at a shack for tonight. Tomorrow, there’s a ferry to Cape Town, Africa. From there, we rent a car and Jean drives us to Elizabeth Port. We should find Raogra somewhere around there.”

“How will we find him though?” Jean blinked tiredly, and rubbed her eyes.

“My pendant will probably be able to find his.”

“It’s a little fickle. Oh, don’t you start, we both know how temperamental you are.” Vivi seeming scolded her pendant.

There were murmurs of agreement from the three, now somewhat awake, teenagers. The four set off on their four-mile journey to the beach. They chatted and laughed together to pass the time.

“Did you think about what the campus’ll say to our parents?” Zack asked.

“I left a letter. From each of our parents. I also mailed a letter with the school’s special paper to our parents about a year long educational trip. Hopefully they won’t question it too much. And as for Zack, well, you have an uncle named Bob now.” Vivi answered.

“So, how about explaining how the guardians work, Vivi? We’ve got time now. It’s a pretty long journey, even for me.” Peter, who was somewhat of an athlete, commented.

I am probably gonna change the terrible names so let’s call them placeholder names for now. Except Naomi. And Vivi of course. And also probably Vivalderin. Not sure if I like them or if they’re stupid. They’re supposed to be like ancient names, they’re all in a different language. The ancient language of the guardians.

1. Raogra, the guardian of Fire.

2. Naomi, the guardian of Water.

3. Terrin, the guardian of Earth and related things.

4. Garudon, the guardian of the Dead.

5. Indakra, the guardian of Darkness.

6. Me, my real name is Reverie, by the way, the guardian of Light.

7. Vivalderin, the guardian of Life.

“Why are your names so weird?” Peter asked, and Vivi’s eye twitched.

“They’re not weird, they’re derived from words in the ancient language of the guardians,” she said.

“Ignore his stupidity. How is one guardian supposed to protect an entire continent?!” Jean, ever the practical one, asked.

“I think you misunderstand. Guardians are not fighters. We do not engage criminals in a battle to protect the Earth or whatever. We maintain the balance of the elements on Earth. This ensures that the Earth as a whole, and not its people in particular, will prosper. Should someone try to disturb that particular balance, we can, of course, adapt our skills to be useful in combat.”

“Woah, what’s up with the fancy language?” Zack laughed.

“Sorry, I was quoting our current Guardian of Life,” Vivi said sheepishly. “One more little fact that’s probably going to be useful. The Guardian of life isn’t some god-like deity in any way. Here’s the sad part about being the guardian of life. You never really get the pendant, and since the powers of the pendant are always fragmented, the Guardian of life is, for the most part, a regular human. With some added skills, I suppose.”

“One more question. Why are we trying to find all the guardians?” Jean asked. Obviously, no one else really asked intelligent questions.

“Well, someone’s messing with the natural order. There’s a new force rising, trying to throw the order of the continents into disarray, and separate the guardians from each other. Someone immensely powerful.” Vivi suddenly turned thoughtful, “Could it be?” she whispered, mostly to herself.

Her friends knew better than to ask. Vivi would either speak in her own time or not at all. She was an expert subject-changer.

Her train of thought was interrupted when the beach appeared in the distance. Four miles had passed without them even noticing.

“We’re nearly there, guys!” Zack encouraged. Encouraging people was one of his specialities. His never-ending optimism was contagious, and it affected those around him in a positive way.

“We also need to figure out what you’re each good at. Jean invents machines that could potentially help us. I can adapt light into weapons, but I would prefer a solid gun or sword or something. We’ll figure that out. Peter is athletic, so I guess we can give you physical tasks. Scratch my last statement, we just need to figure out what Zack should do.” Vivi said, her voice a little apologetic towards the end.

Zack felt put on the spot all of a sudden. Of course, he was already useless.

“I’m sure we’ll find something for you,” Vivi said. “How are you with a sword?”

That question would go unanswered, however, as they had stepped onto the sands. It was mostly meant as a joke anyway.

“The ferry arrives tomorrow, so we should rent a beach shack nearby,” Vivi said.

Jean rented the shack, and the four settled into the small two-bedroom house.

There was also a living room, where they rested for a while.

The evening would turn out to be full of surprises. Peter revealed his exceptional abilities in the kitchen, and Jean showed them what her massive backpack actually contained. It was full of her inventions. One of them was particularly interesting. It was a small, black cuboid with ridges and grooves on the surface as a sort of pattern. It had some sort of stick projecting out of one end, that Jean called an ‘antenna, how do you idiots not know that’. Once she was done with it, it would function as a long-range communicator with others of its kind. She mentioned that she intended to make four, one for each of them.

Dinner was vegetable soup, courtesy of Peter and his packed vegetables. They would spoil quickly, so he didn’t pack many. Just enough to get them through a meal or two. Then, they would have to buy produce as they went.

The four headed to their rooms after dinner, with Vivi and Jean in one and Zack and Peter in the other.

Early the next morning, Vivi woke up to buy them four tickets for the ferry to Cape Town. She did so, and cross-checked the ferry timing. The ferry would leave at 11 A.M.

Satisfied, she headed back to the shack. It was hardly 7 now. They had plenty of time left. Jean was probably awake by now, tinkering with some new invention.

Peter would be awake and exercising. Zack would probably be… sleeping. He was lazy, lazier than Vivi, even. And that was truly saying something.

All through breakfast and the short wait after, Vivi glanced at her watch. They couldn’t afford to be even a minute late for this ferry.

Finally, the tense silence was over, and the four checked out of the house, and returned the key; to new beginnings and the perilous journey that lay ahead.

The journey is just beginning. What kind of challenges will the group face? Any guesses about Zack’s weapon? Leave a comment if you’d like, I’d love to hear feedback 🙂

6 thoughts on “A Basket Of Blueberries: Adventures in Africa” 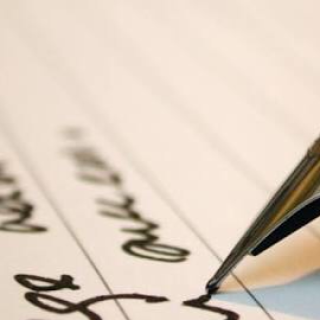